Become an Author via Article Writing by Author Carol Barnier 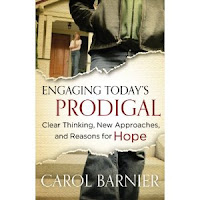 I’ll soon be guesting on the “Information in a Nutshell Radio Show” sharing a bit about writing my latest book. But I’m such a believer in the idea that those who write books should also be frequent writers of magazine articles, that I thought I’d explore that concept a bit in today’s guest blog post.

My first break into a national magazine almost didn’t happen. It had taken a serious stretch of my confidence to even approach this publication. This was one of those slick paged magazines. This sat on the shelf in Borders. This, for me, was the big leagues.

I put my best foot forward and wrote a query letter to the owner/Sr. Editor. It was okay, but in retrospect, nothing spectacular. There were even a few typos I didn’t catch until glancing back over it years later.

So what did I write? What could I possibly have said, me with so little a publishing history, that could win a chance from a national magazine?

At first I was honest about my meager writing history, but I didn’t belabor the point. Then I went on to say this:
So why should you have me write for you? Well, even though I’ve so happily self-deprecated, let me add, perhaps even boldly, that I do bring some worthwhile things to the table.

I think she may have liked what she read, but I suspect I closed the deal with “I don’t even whine.” I knew this was a sensitive spot with editors. I’d heard from various blogs, books and conference speakers that editors and agents in the Christian publishing market hear some of the same tired old phrases over and over again. Things like, “God gave these words to me.” Some even go on to say, “If you don’t publish it, woe be upon your head.” (or various other forms of eternal damnation). No kidding.
They hear this stuff all the time.

In the end she sent a note saying simply, “I like you. My editor will be in touch.”

I know that so many people long to write a book. I understand that. I truly do. My fourth book is coming out April 1, so I appreciate the satisfaction that comes with completing a book and finding a publisher for a book. But for most of us, a book that sells well may sell between 5,000 and 25,000 copies (Yeah. Yeah. I said most of us. Runaway bestsellers don’t count in this equation. Those are the literary equivalent of winning the lottery.) There’s nothing wrong with these smaller numbers. But a well-placed magazine article can touch 100,000 people or more. (A piece with AARP will put you in front of 47 million readers!) So I encourage writers to reach for both books and articles. With articles you can gain entrance by way of smaller publications, build your voice, strengthen your writing chops and grow your audience. Then, when you want to publish a book, lo and behold, you’ll have those now-required “platform numbers” that publishers seek.

Posted by FeliceGerwitz: Author, Speaker, Consultant at 11:56 AM

Are you an aspiring author?

Felice is currently seeking a select number of authors to mentor for her private e-course.

Information in a Nutshell